From the West Coast of Los Angeles, to the southern soil of Alabama, the talented, yet humble Moriah Johnson is “creating new footprints” as he lives his American Dream.  I recently got a chance to chit chat with the handsome Baldwin Hills‘ star and  wanted to get the inside scoop on his current life, after his reality TV experience.

“Some of us live in big houses with amazing vistas”

Charli: For those that may not know you, where are you from, born and raised; and how old are you?

Charli: As a result of the mainstream television experience, do you have any career interests involving the acting or entertainment industry?

Moriah: Yes, I would like to someday soon be in a movie, maybe working for Tyler Perry, or some other respectable director. Nothing outside of my real life character though because I have morals and ethics.

Charli: I know that you had plans to follow in your father’s UCLA footsteps at one point in the show, but now you attend Tuskegee University in Alabama. What made you choose Tuskegee and what are you studying?

Moriah: I chose Tuskegee University, one, to be different, and to make a new path. I’m a rebel in that I do not do what everyone else is doing or has done. I was creating new footprints to walk in and stepping away from what was “expected”. I had a longing to go to the south because I wanted to experience a different culture of people, and basketball is the vehicle that God has allowed me to use to do just that. I’m studying Nursing currently with plans of changing my major to Occupational Therapy, which is a 5 year Master’s program at Tuskegee.

Charli: How is your “southern” life different from the “west coast”? Do you enjoy the south or ever get homesick? I’m sure it didn’t take you long to make tons of friends!

Moriah: I’m somewhat reserved in the South more than I am on the West Coast. I’m personable, but I like to keep my distance. Many at school can attest to seeing me eat at the cafeteria alone, or walking by myself, but these are times where I can meditate and reflect. I don’t do too many things without reason. But Tuskegee is very slow compared to the west coast. It allows for focus and productivity especially since I hadn’t had my car out there for the past 2 years. The churches in Tuskegee are more traditional which I personally am not accustomed to, but I have to remember to go to get God, not to necessarily enjoy myself, because I am interacting with God; there is an unexplainable joy and peace to be found. The music is definitely something to get used to. I enjoy the beats more than I do the substance of the lyrics. I definitely get somewhat homesick while looking at pictures and posts of friends via twitter and facebook. But I’m really kept abreast of what’s happening on the home front through these social websites so it’s like I’m not missing anything. But those social websites can’t replace my favorite restaurants out here and can’t even touch my love for the beach. Making friends was not a touch task because most people were curious about me. As soon as people got comfortable with me and saw that I wasn’t a “threat”, they lightened up and told me that they thought I would be stuck up, which confused me, but didn’t surprise me. 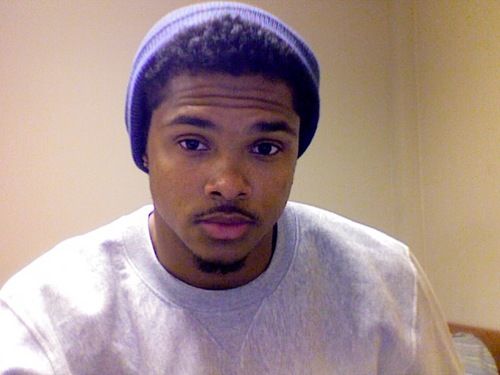 Charli: Compare and contrast your “reality TV life” and your “real life”.

Moriah: On TV, I’m this lovebird taking girls out on romantic dates, schnazzing them up with corny, yet slick, lines and compliments; but in real life I am quite shy when it comes to females. It takes a lot out of me to truly express how I feel, but when I do, the truth comes out and I speak from the heart exactly how I feel. On TV I was a “mama’s boy” and she was strict, etc. In real life, I am a “mama’s boy”, but not in the sense that I am babied by her or run to her for everything, but that I appreciate her and respect her.  Here’s a woman that’s worked multiple jobs, just to help keep the household afloat. I’d be foolish not to obey her and honor her for being such a wonderful mother.  On TV my dad was pissed that I didn’t go to UCLA, in real life my dad loves me either way. He’s just glad that I’m in school and tells me a lot that he has lived out his life, and it’s time for me live my own; and if I don’t want to play basketball, he’d love me regardless.

Charli: Do you still keep in touch with your Baldwin Hills cast mates? How is your relationship with them and who are you the most closest to?

Moriah: I do not keep in touch with a majority of them. It’s all love when I see them, but we’re all doing different things, in different phases of our lives. I am closest to Raquel Theus, she is like a sister to me. I’ve known her since my childhood because she lived down the street and our parents were close. She is very mature even for her age, and a great role model who continually checks up on me from time to time. I love that girl. She graduates from UC Irvine in June, time is truly flying.

Charli: Everyone knows that I was a die hard Baldwin Hills’ fan because I could really relate to you guys and your everyday lifestyles, and ever since it went off air, I haven’t gotten as hooked to another reality TV show yet. So what happened to a Season 4?

Moriah: You know as much as I do. I guess things just didn’t work out. I didn’t get a call, nor was I expecting one because I was headed off to college. Word on the street is that they might be coming out with something Baldwin Hills-ish. Don’t ask me though!

Charli: Have you had any crazy experiences with fans?

Moriah: Just today, May 12, 2011, I was at 7-11 and this woman from her car keeps staring at me, and then she asks if I’m that boy from Baldwin Hills. Then I’m like, “NAW I’M THAT MAN FROM BALDWIN HILLS!” in my deepest voice.  Just kidding… But I say, “Yes ma’am I am”. And she calls me over and pulls out her phone and has me give her daughter a shout out on the video camera. She then later goes into conversation with me in which she advises that I continue to use “Jimmies”. Needless to say, I was appreciative and baffled at the fact that she was comfortable enough to bring this point up to me.

Charli: Haha! Now… I know that you recently gave a public explanation via a YouTube video, but can you please repeat yourself regarding the rumor that’s out and make further clarification on the subject. I really hate that even happened!

Moriah: My brother Joshua is very playful? If that’s a word. So the day I landed back from college, on the ride home he tells me that he has a great idea for a picture. Now, either way, I’m tired. I stayed up most of the night in the hotel so that I could sleep on the morning flight, which didn’t work out. So at this point, I’m just going through the motions throughout the day. We get home, and I go to the bathroom to find a brush for my hair, and while I’m in there, I hear him setting up his computer on the dryer. I walk out of the bathroom and look at the web camera, and all of sudden he decides he wants to be gay before the camera takes the picture. As you’ll notice, I’m standing there all nonchalant with a look of “can I go now?”.  It can definitely be mistaken as “yea this is my boo”, but people can believe what they choose. I have absolutely nothing to prove. I’m not a homosexual, nor a bisexual, nor a trisexual, nor any other kind of –sexual we can create other than heterosexual. This situation is very ironic because my whole life, “gay” has been the insult my brother has dished out while my insult to him used to be that he was fat. But now he’s the one that looks gay. Doesn’t the bible say you reap what you sow? Lol, kidding. But I am not gay, nor is my brother gay, nor did my mom or dad raise 2 gay sons. That’s my brother; I love him like I love myself. We bud heads sometimes on the basketball court and at home, but in the end, he’s the closest family I have. We tend to play around like that sometimes. On an average day, he will waltz into my room and demand that we make a video either rapping or just being utterly ridiculous and random. People love us for our personalities. I think Baldwin Hills would have been more interesting if he was on the show because our chemistry is off the chain. We know how to play off certain situations and randomly stick to made-up stories, the whole nine.  The truth of the matter is, the media wants to do whatever they can to discredit a black man doing well in society as a citizen. You’ll notice on my twitter and facebook I speak a lot about God, and I don’t do this to receive any kind of credit, but you don’t see the media talking about this. This is because the media ultimately, this world is opposed to God. It creates false gods to try to replicate what they think God should be.  And the devil, as tricky as he is, masquerades things to look like they are light, when really they are darkness. That’s another story. But the moment something suspect comes up, the media jumps on it, seemingly in a way to prove that there aren’t any positive people, or that all good people turn negative. The only way to press through this is to love, and to focus on Jesus. (They still haven’t found his bones by the way).

Charli: What are your plans for the summer?

Moriah: My plans for the summer include working out, hopefully getting a part time job, and going to summer school. I definitely have to make it to the beach, and I had plans of going to the gun range, but mainly to grow closer to God, and enter the new school year focused and ready for the next summer. Knockin’ them bad boys out to get my degree.

Charli: Again, I thank, thank, THANK you for a bit of your free time to chit chat! Is there anything else you’d like to share with us?

Moriah: God is real. The devil is a lie. If Jesus died only for one single person on this earth, he still would have done it. God loved you while you were still His enemy, so don’t ever believe that God doesn’t love you anymore because you didn’t do anything to earn His love, and you can’t do anything to escape it. I don’t believe “God hates fags” or any other person. God hates the sin, but loves the person. He doesn’t see them as one part. So never accept the sin you’re struggling with as who you are supposed to be, i.e., a murderer, a thief, etc. YOU CAN BE SAVED. Also, stop rejoicing about Osama’s death please. Let’s move forward in love and in peace and in patience.