Stephen C. Bishop is on the rise to fame and great success in his career. After appearing in episodes of LOST, Grey’s Anatomy, The Game, Girlfriends, and also in the major film, “The Rundown”, starring alongside The Rock, Stephen is gearing up for the September 23rd theatrical release of his first major film, “Moneyball”. He dropped in to chat with me about his character in the film, MLB player David Justice, as well as discuss on other future projects that are up for release in the coming year.

Charli > Hi Stephen! How are you?

Stephen > I’m doing well. How are you?

Charli > I’m great thanks! So what was it that actually inspired you and jump started your career?

Stephen > Well. I always knew that I wanted to be an entertainer. Well let me start over. [laughter]. I was always a performer. As a little kid, I would always memorize stand up comedians’ acts and perform them for my parents and friends. So I’ve always had the performance thing in me. But it wasn’t until I got to college when I took a drama course and realized that I enjoyed acting, and during the encouragement of the professor, I found out that I was actually good at it.

Charli > Well I was researching on you and I looked at your resume’ and I found it to be quite impressive! I’m a huge fan of LOST, and I’ve seen you on Grey’s Anatomy, The Rundown, and The Game, so talk about your experiences on those well known projects.

Stephen > Well Grey’s Anatomy and LOST were incredible opportunities and experiences for me because it allowed me to work with people, producers, and crews; and they were all on their A game at the time, and it really allowed me to really test myself and check myself where I was in my progression. I got to work with Terry O’Quinn on LOST and everybody on Grey’s Anatomy. It let me really understand or at least get the feeling that I belonged in that arena. I felt like I held my own with them and got really good feed back from directors and producers. It really gave me a lot of confidence when it came to moving forward and believing in myself.

Charli > Now you’re gearing up for the release of your next project, “Moneyball” starring alongside Brad Pitt and Jonah Hill. You play MLB player David Justice, so what can fans expect from the film itself and your role?

Stephen > Wow. Well the film itself is going to be a film more about people than it is about baseball. People that are in baseball and what goes on in their lives. Billy Beane (Brad Pitt) is somewhat of a pioneer in baseball with his Moneyball philosophy; and he accepted a lot of people in a lot of profound ways. My character in the film is effected in a way… well he’s a superstar coming from a superstar locker room with the New York Yankees and moving into a situation where they are trying to cut costs and trying to play the game differently; and it’s an adjustment period for him. As far as what can be expected from me, that’s tough for me to say. I did my best, and I’m just hoping that the people enjoy my work as they have in the past. The most important person that I hope to have enjoyed it is David himself. 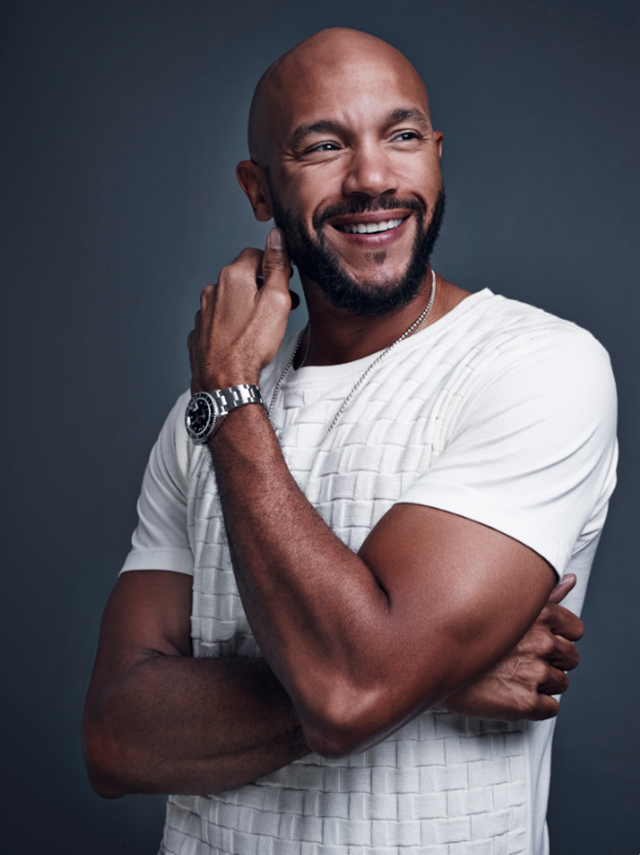 Charli> And you actually have played baseball before right?

Stephen > I did. I played professionally with the Atlanta Braves and Baltimore Orioles.

Charli > So are there any similarities between you and the real-life character of David Justice?

Stephen > Well no, I mean David was my idol as a teenager so the similarities that I have with him… and I know David, we became friends and he was with the Braves when I was with the Braves. He took me under his wing and treated me like a little brother. He took me to basketball games and dinner. So the similarities I have is really because I tried to emulate him when I was a kid [laughter] and other than that, I just know him so well. He is a great guy and had a tremendous influence on me so I really just tried to do my best to portray him in a good light. I didn’t want to do it to the point where it compromised the story that was trying to be told, but at the same time I wanted to make sure I represented him in a positive light, because I care about him and I want him to be seen as the good guy that he is.

Charli > Now talk about your role in the film “Safe House”. I think I learned that it would be released in the beginning of 2012.

Stephen > Yeah in February of 2012. I play a marine guard, the leader of a team of marine guards that have a task to guard the American Consulate. We are chasing a character through the Consulate that is trying to get away from us. We have to secure him and keep him from getting away from the damage that he has caused. I can’t really give away too much [laughter] about the characters that are going through this action because it’s fairly an important part of the movie.

Charli > Right. Cool. So what has been your biggest challenge in your career thus far?

Stephen > The biggest challenge in my career thus far has been just weathering the roller coaster rides in the career of an actor. There are peaks and valleys and a lot of people don’t have the stomach to stay in it if they haven’t had immediate success. Fortunately I had success that was on a level that allowed me to stay in the game because I had great people in my corner like Peter Berg, who allowed me to continuously work on projects that weren’t gigantic and some projects that were. He offered me an opportunity to continue to stay relevant at least on a small scale and continue to pursue the dream without any type of frustration. But it was a challenge to stay positive because there is so much rejection in this game that the average person would not be able to take it. Fortunately for me, I came from baseball and baseball is a game of failure. So I know how to deal with failure. I know how to deal with rejection. So I was up to the challenge of Hollywood, knocking on doors, going into rooms and being told I wasn’t right for a part. Or you know, whatever, something every actor goes through. You separate the men from the boys when you start talking about a long career and somebody that can grind it out until that one job puts them on the map. It appears that “Moneyball” will do that for me. You know, God willing, I hope it is. [laughter].

Charli > Are there any other projects that you’re currently working on that will be released in the future?

Stephen > I’m in the Peter Berg film “Battleship” that comes out in May 2012. That’s with Taylor Kitsch, Liam Neeson , Rihanna… That’s going to be a gigantic movie. The trailer is already out and it looks incredible. Peter always does a great job. It’s a great thing being able to work with him. He’s a genius director and a great guy. Obviously he’s a big part of the reason of my career and why it continues to grow. I want to give a lot of love to him and thanks to him for helping me continue. “Battleship” is going to be a great movie and I’m really looking forward to that release as well as the other two. As far as anything else is concerned, right now I’m just rapping up for “Moneyball” and doing all of the promotion I can for that. I can’t wait for the release of it. 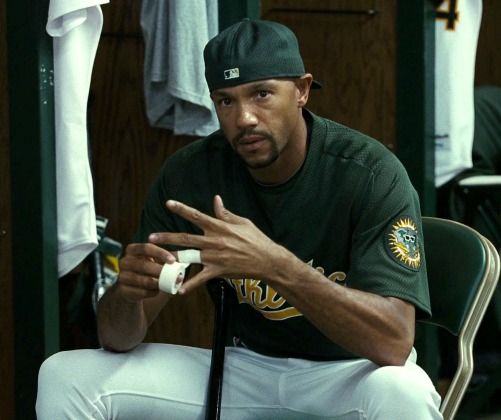 Charli > Is there anything else you’d like to share and how can your fans connect with you?

Stephen > They can find me on Twitter (@stephencbishop). I’d like to share that whatever arena you’re in, if you have the ability to put your head down and grind it out, success is just around the corner. I mean God rewards people who have that“stay with it” mentality. One of my baseball coaches in college used to tell us, “all you gotta do is stick around long enough for something to attack” and it will, as long as you can survive and keep your head above water; eventually something good is going to happen. Stay focused, positive, don’t let rejection discourage you, and if it’s meant to happen, it will happen. That’s a philosophy that I’ve adopted for years and years from baseball and I’ve found that people that I’ve shared that with, have come to me later and said, “you know you’re right, all you have to do is stick around”. I love that, when something that I was taught as a kid is proven right, and means that I get a chance to share it and it’s proven right for someone else. And obviously, get out and go see “Moneyball”. Take your friends, see it 3 times [laughter]. Get the DVD, all that and make it an exciting time [laughter].

Stephen > Thanks for having me! I forget to tell you that I can be found on Facebook as well (Stephen Bishop). But I really interact with everybody on Twitter. And I’ll have everybody on my page to follow your page.

Charli > [laughter] awesome. Thanks Stephen I wish you the best of luck!

Stephen > Thank you and same for you.