Talented actor, Travis Winfrey did not let fear define him when he decided to travel to Atlanta, Georgia to audition for THE role that started his entertainment career. After successfully landing the role of Omar on VH1’s Single Ladies, Travis is definitely on his way to success. I got a chance to catch up with the highly talented, funny, & outgoing actor so that he could talk about his personal story, his role on Single Ladies, Season 2, challenges, and inspiration.

Charli > Hey Travis how are you?!

Travis > Hey Charli, I’m great, how are you? 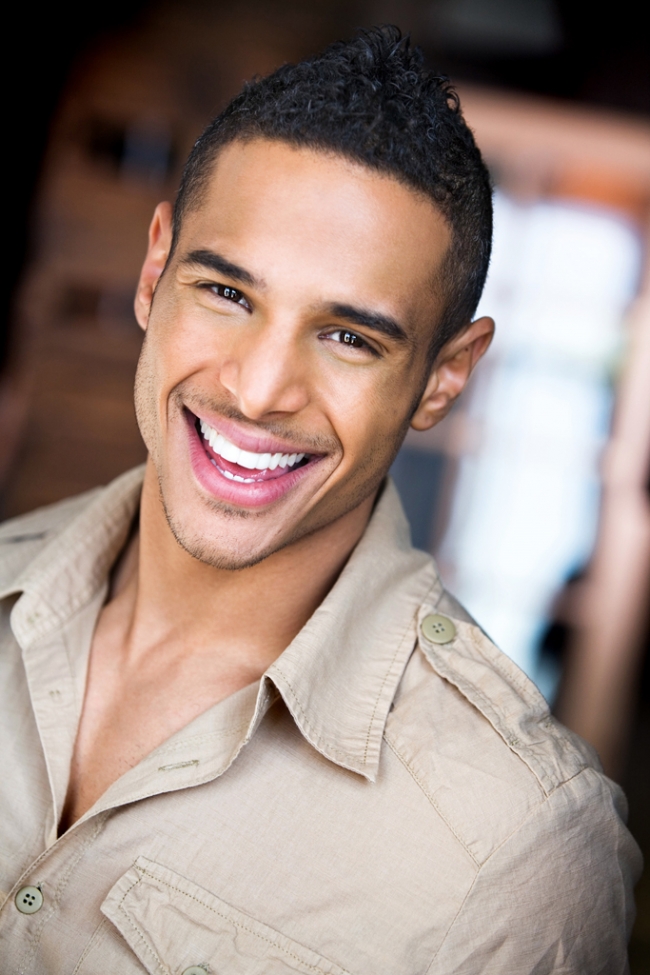 Charli > I’m awesome, thanks. So what was it that jump started your career?

Travis > Hmm… I believe actually it was Single Ladies that started my career. I had been doing acting for about 5 years and getting that part was a blessing. I was in Atlanta at the time and had lived in Los Angeles for 4 years, so I just went back to Atlanta to take a year off and Single Ladies just happened to present itself. I think that people really received it well.

Charli > So talk about your role as Omar on Single Ladies. What was it that interested you in that character?

Travis > [laughter] Well it’s funny you ask. Originally I was reading for Woody’s character in the beginning. After I read the script, I saw that Omar had more scenes; he had less lines, but he had more individual scenes with people like Stacy Dash, Lisa Raye. And plus I just love his humor you know. He says exactly what I would say [laughter].

Charli > I was reading on you and I watched some clips and I understand that you play a gay male, but however, in reality, you’re straight [laughter]. So how difficult is it to pull off that role?

Travis > Well you know it takes a little thinking outside of the box. Fortunately, I’ve worked in the gay community for a long time; bartending, managing clubs in West Hollywood. So it wasn’t that I didn’t have anything to draw on. I didn’t want people to think of him as “gay”. I wanted to fight the stereotype of that; Of people being like “He’s gay! What is that like?” I mean it’s like everything else. I just put my pants on the same way as everybody else. Except I like penis [laughter]. Omar likes penis [laugher]. It’s more of a fight to not act stereotypically. I think that’s the most difficult part. And from what I’ve read, people really appreciate that. And I appreciate that they appreciate it. But I am the comic relief of the show, so it is a difficult line to walk.

Charli > So despite that, are there any similar characteristics or qualities between you and Omar?

Travis > [laughter] That’s funny because I’m really not like him at all, but I think that’s the most fun to play with, is that I’m really not like him. I’m not the party guy. I’m not the social, the commentary guy. I mean so far, I’m not like Omar. Some of the things I just wouldn’t have done. And they wouldn’t have done that to me! [laughter]. No. I’m not gonna be calling nobody at a party embarrassing myself. Never lose your cool. I had to tell Omar that a couple of times [laughter].

Charli > What has your experience been like working with the other stars of the show?

Travis > It’s been great! Just watching everybody and the way people are socially. Lisa Raye is such a sweetheart. She’s so nice and works so hard and it’s so inspiring to watch them. I love D.B. Woodside and Anthony Montgomery. They’re fantastic guys to work with. Stacy Dash… ahhhhh well um, just Mmmm [laughter] all that.

Charli > Yeah I read an article and you talked about how hard it is working with her because she’s so beautiful [laughter].

Travis > [laughter] and she’s so sweet. I love her. In between sets, she just cracks jokes all of the time. She’s super funny [laughter].

Charli > Well it may be too early to ask, but is there anything you can tell us about season 2?

Travis > Actually I really can’t because I have no idea yet. It’s a secret to everyone right now. No one knows anything about it. We’re negotiating my contract, so I guess they want Omar back! Yayyy! [laughter].

Charli > Great! Well I know you stated that Single Ladies started your career. But going into that, what has been your biggest challenge so far?

Travis > That’s a really good question. The biggest challenge, especially for being a younger black male; and when I say younger, I was 24 when I started acting. But being a younger black male into acting and coming to Hollywood — there’s not a lot work for us. And also being a mixed ethnicity, it’s really difficult to get parts. Either you’re not black enough, or the part is for a white guy. I think that’s the biggest hurdle to overcome, is sticking with it. It’s really hard in the beginning and I think just finding your place in the industry, is fighting off the stereotypes. It’s a lot of talented, black entertainers, so we just have to keep fighting the fight. Stick with it.

Charli > Cool and I know you mentioned your ethnicity, I didn’t have this question down, but what is your ethnic background?

Travis > [laughter] I get Arabic a lot. I get Spanish, Puerto rican, but I’m Trinidadian and Italian. But I’m black! [laughter] Than a muthafugga! [laughter].

Charli > [laughter] Well I thank you so much Travis for dropping in to chat with me! Is there anything else you’d like to share and how can fans connect with you?

Travis > Oh they can connect with me! I have a twitter account. It is @Travis underscore Winfrey. Underscore for those who don’t know, is the little bottom dash [laughter]. You know, it’s a lot of people who don’t know what underscore is [laughter]. So yeah, @Travis_Winfrey. And Travis Winfrey on Facebook. Or you can call me at 404- I’m just kidding [laughter].

Charli > Right I don’t think you want to put that out there [laughter] Thanks Travis.