Yesterday, I spent the day editing and making final touches on an assignment that was due in my African American Cinema class at Howard. The assignment was to write an analysis research paper, contrasting and comparing a book/film combo. You know, a book that was later made into a film…

Yea, so I decided to do the assignment on Spike Lee’s “Malcolm X” and The Autobiography of Malcolm X: As Told By Alex Haley. I watched the film some years ago, but I re-watched it and discovered that I had missed several points and turning points in Malcolm’s life in which I concluded that I was too young to understand in my earlier years. And I shall not even get into the book — I could go on and on and ON about how great it is. FYI, TIME’s Magazine named The Autobiography of Malcolm X as one of the ten most influential books of all time. 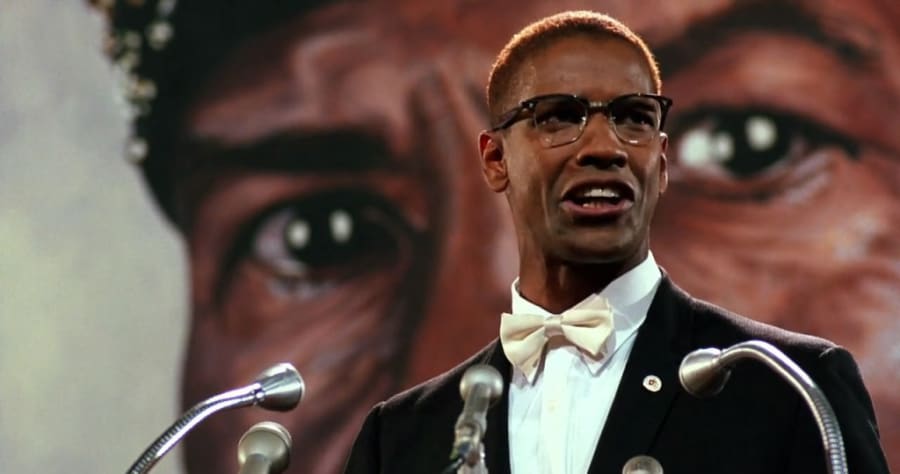 To make a long story short, I learned to appreciate our rich history so much more, on so many levels, after learning and grasping all the awesomeness behind African American’s most admirable stories.

After making it to my evening class, we were told that we would be watching yet another famous African American story, “Once Upon a Time When We Were Colored”. That too, is a book that was made into a film. Both the film and book, written by Clifton Taulbert, a native of Glen Allan, Mississippi (located in the Mississippi Delta, outside of Greenville, MS), chronicles Taulbert’s coming of age story on how life was like for him during the Civil Right’s Era. The film is so powerful, and I really encourage you to see it if you haven’t (I may be late). Actor Tim Reid, (Ray Campbell on Sister Sister), directed the film and Mississippi’s own, Ray J. plays a younger Clifton Taulbert in the film. Oh — and can’t forget the lovely Howard Alum, Phylicia Rashad. I ♥ her in this movie!

After class and arriving back to my apartment, I was inspired to watch more of our history, so I decided to push play on “The Huey P. Newton Story“, also directed by Spike Lee. Prior to watching the movie, I knew just a little about Dr. Huey P. Newton, only that he was one of the founders of the Black Panther Party. What I didn’t know — was his STORY. This film is unique because it’s a solo performance performed by Roger Gueneveur Smith. That may sound boring, and I won’t lie to you, I thought it would be; but it wasn’t. It was very powerful, comedic, and kept my attention throughout the entire hour and a half solo performance. I actually felt like that was the REAL Huey P. Newton telling his own story. Roger G. Smith did an outstanding job.

Lastly  — “A Soldier’s Story“. A lot of great actors are in this film: Denzel Washington, Adolph Caesar, Howard E. Rollins, Jr., David Alan Grier, & Robert Townsend. Based off playwright,  Charles Fuller’s A Soldier’s Play, this drama takes place in the southern state of Louisiana. A black lawyer from the north, is sent to investigate a murder of an African American sergeant at a segregated army base. This is not a true story, but it is still definitely a must watch.

I love, love, ♥ the 50s, 60s, & 70s era, and definitely a good true story on what life was like during those times of patience, struggle, passion, spirituality, & hardships for our race. But i don’t just enjoy the Civil Right’s era. I’m fascinated with Dorothy Dandridge♥ (of course), the wars, The Beatles and John Lennon’s death, Joe Louis, John F. Kennedy, NASA & The Apollos, and the list could go on…

African Americans to this day have the most dynamic & unimaginable stories… And we will be telling our children about Jena 6, Troy Davis, and even about a black man’s struggle for rescue and hope, after getting beaten and later ran over by a group of white kids in 2011.

You’d be surprised at how many people, don’t know.

**If you have a Netflix account, a lot of these films are on there, as well as documentaries.