Her Twitter bio perfectly sums up everything you need to know: Yes Justin Bieber is my son. I have many other great qualities besides being his mom haha! No really. But in this case, I had the honor of getting to know her on a much more personal level. Pattie Mallette grew up in Stratford, Ontario overcoming unimaginable obstacles in the face of abuse, poverty and an unexpected teen pregnancy. She now uses her voice to inspire others as a bestselling author,producer and influential speaker. As a single parent at 18, Pattie was personally assisted by a center, which despite her difficult circumstances enabled her to be the best mother possible to her son, Justin. Continuing her desire to help others give voice to their own stories, Pattie became an executive producer of “Renee,” starring Kat Dennings (2 Broke Girls). Set to release in winter 2013, the feature film is inspired by the true story behind the global movement To Write Love on Her Arms. Pattie recently launched her foundation called Round 2, which seeks to offer a second chance to those who have been knocked down by providing assistance and resources to those in distress. From talking to Pattie for only a few minutes, I became inspired by her success at overcoming trials to raise the very special talented boy whom we all grew to love. Catch another piece of her in his latest documentary film, BELIEVE that hits theaters on Christmas Day! Enjoy.

Charli: Hi Pattie! How are you?

Charli: Great! So I’ll jump right in. Wanted to get a little background story about your life and of course about raising The Biebs and lastly about his new documentary film, BELIEVE that’s premiering Christmas Day!

Charli: Okay, just as an introduction, can you talk about your life before all of the fame? What was your world like before then?

Pattie: A lot of people don’t know that it was about 5 or 6 years ago we were living in government housing. I was working 2 and 3 jobs to put food on the table. We were living in a totally different world. When I was pregnant with him [Justin], I was living in a pregnancy home — the whole time that I was pregnant with him. If it wasn’t for those people at the pregnancy home, I don’t know where we’d be today. Now with this whirlwind of a change with our lives, it’s surreal. Traveling around the world and getting to use a place of influence for good and share my story is amazing. In my past there was a lot of pain. I had a really difficult childhood. There was a lot of abuse and things happened. So when Justin turned 18, I got to write it all down in my book and now I get to travel around to talk about it. So yeah, that’s sort of me in a nutshell.

Charli: And how did you evolve as a person from those unfortunate situations?

Pattie: Well I went through years and years of healing. So I really fought for my healing. My faith made a big difference. People stepped in and made a huge difference in life, and they just weren’t giving up.

Charli: So as a mother, after discovering your son’s true talent, what sort of steps did you take to get him to where he is now?

Pattie: I was never that mom trying to make my son famous. I put videos on YouTube for his grandmother to see in a different light where he was singing in a local singing competition. And people just so happened to see his videos and started requesting that he sing more songs. Everything sort of took off from there.

Charli: And today, how do you respond or react to press and media regarding his personal life? Like he’s one of the biggest celebrities out there now, so as a mother, I know you’re still grounded. You’re not in the limelight or the spotlight, how do you continue to maintain being a mother in light of all the press and media attention?

Pattie: I think you just do what you need to do. I think when it comes to the press and the whole world for watching your every move, it’s a critic. There’s a lot of judgement. That’s difficult, but you just have to remember who you are. A lot of times the media wants to build you up so that they can tear you down. For whatever reason, people love to see disaster stories. But it’s really just important to remember who you are. We have to stay true to who we are. 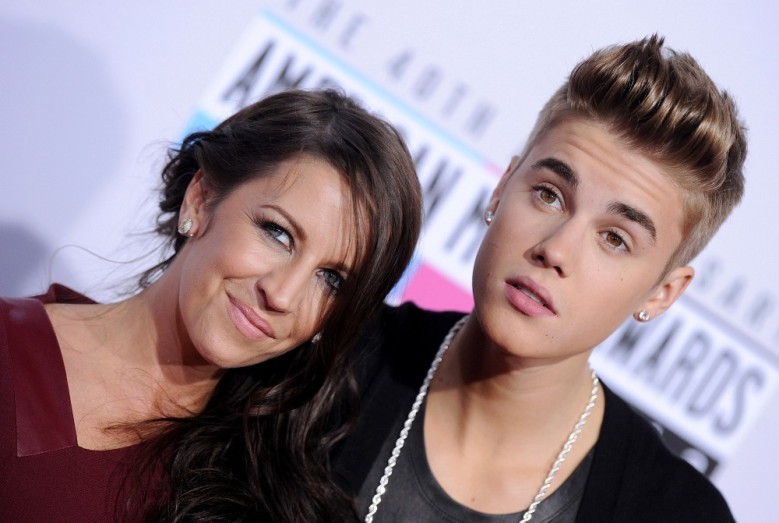 Charli: Exactly. I can tell by just talking to you this brief moment that you’re very humbled and seem to be very spiritual. It’s implemented well in your everyday life and growth process. We don’t know you physically, but we see it.

Pattie: Absolutely. My faith is a huge part of who I am. I believe that’s part of what got us to where we are today. So I continue to sustain it.

Charli: Love it. Love it. So I also know that you’re a successful author and producer. When did you discover that you wanted to pursue those two careers? And are working on any projects right now? I’m sure that you are.

Pattie: I’ve always been interested in film and television and entertainment. But right now there are some projects that I’m taking on. Some film, some television — and just supporting my son; being able to travel and share my story. I take it one day at a time.

Charli: Regarding the film, BELIEVE — I know it’s a documentary movie production. What can we expect from it?

Pattie: Fans can expect to… I need to get a good tagline for this [laughter]. They can really expect to be inspired. And to learn more about Justin’s humanity. It goes into the background of the Believe Tour. So there’s a lot of behind the scenes from the tour. The answers, the dance audition process and how they were so excited to be apart of this. And then about Justin’s whole part in it all and his creative process in the studio. Yeah, it’s really neat.

Charli: Yeah when I was reading the synopsis of the film, it reminded me of Beyonce’s HBO documentary, “Life is But a Dream”. It was largely centered around her whole creative process and the dancers, and how she was so involved in her production. I’m anxious to see the Bieber version [laughter].

Pattie: [laughter] Yes exactly! Did you see the first one, “Never Say Never”?

Charli: Of course! Actually I’m a long time Bieber fan, but I didn’t want to bring that up! [laughter] I’m looking forward to this one.

Charli: How can fans connect with you on social media? Where are you?

Pattie: Right now, I’m frequent on Twitter (@pattiemallette). It’s hard for me to write back to 3 million fans [laughter] on Twitter. But I try to read as many tweets as possible. I try and do some Q & A’s when I have some time to connect with them the best I can.

Charli: They always like to hear that you try your best to connect. Awesome Pattie. I truly enjoyed this interview and respect you for sharing your story. Very, very inspiring for the brief time we got to talk. I look forward to seeing the film and I wish you well on your future projects.

Pattie: You’re welcome! Thanks so much for talking to me.

In addition, PSLoveCharli has official BELIEVE movie posters up for grabs! Like Our Facebook Fan Page to be considered in the random drawing!