Two years ago it didn’t look like Beyoncé and Jay Z were going to make it to their next wedding anniversary. Their marriage was at breaking point and they were barely talking. The couple was forced to make a choice: save the relationship or live separate lives.

“They had been having problems for years,” reveals a source close to the couple. “There was a constant commitment issue between them and in the end they were barely speaking. Beyoncé didn’t fully trust Jay and it was hard for her to get past that.”

And so began an intense period of reflection for the couple, continues the insider. “They went to a lot of counseling and have been working on their issues ever since. They had help to get them through it.” 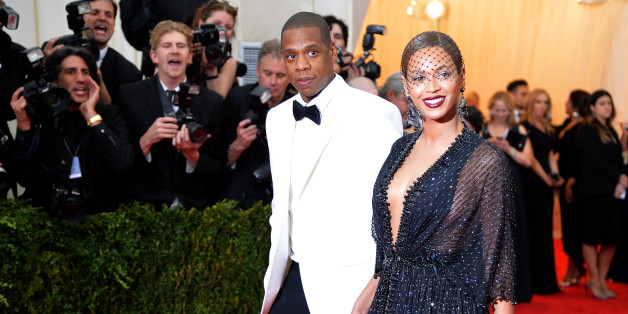 With the release of Lemonade, Beyoncé seems to have finally faced the martial strife rumors, which have plagued them for years. And in the process, solved the mystery of what really happened in the elevator showdown between her sister, Solange, and her husband back in 2014. In the full three-minute video later leaked to the public, a bodyguard has to physically restrain Solange as she tries to repeatedly punch and kick Jay Z.

At the time it was widely reported Jay Z’s close friendship with designer Rachel Roy was the cause of the violence. In a bid to calm down the media frenzy that ensued, Beyoncé and Jay Z released a rare public statement in which they admitted, “…families have problems and we’re no different. We love each other and above all we are family. We’ve put this behind us and hope everyone else will do the same.”

And we did, until Beyoncé introduced the world to Lemonade (cue “Becky with the good hair” lyric, Roy’s knee-jerk reaction, and lemon and bee emojis being used as grenades as they are thrown around social media platforms). Admits the insider: “It’s true, Rachel and Jay were friends and it wasn’t seen as appropriate by people who knew them.”

Why get involved at all? “Rachel Roy wanted to defend herself after watching Beyoncé’s Lemonade, “a source close to Roy reveals, noting that her Instagram post was an “immediate reaction” to the singer’s visual album. Meanwhile, another insider adds, “Bey will never mention any names, but the people who those songs are about know.”

Roy has since addressed Beyoncé’s “Sorry” directly, telling E! News in a statement, “I want to put the speculation and rumors to rest. My Instagram post was meant to be fun and lighthearted, it was misunderstood as something other than that. There is no validity to the idea that the song references me personally. There is no truth to the rumors. Consequently, online haters have targeted me and my daughters in a hurtful and scary manner, including physical threats. As a mother—and I know many mothers would agree—I feel that bullying in any form is harmful and unacceptable. I would hope that the media sees the real issue here—the issue of cyber bullying—and how it should not be tolerated by anyone.”

For Beyoncé, though, that elevator moment was a tipping point: “The fact everything became so public, it was embarrassing, and the first time she had to really deal with some of the questions people were asking about her marriage. It changed things. It was a pivotal moment.”

Now, after a lot of hard work, things have definitely improved between them. “They are both fully committed. They are over the worst. It’s been a long and hard process but they are in a much better place now.” But, according to another insider, their marriage will never be the same. “They have love for each other and always will, but…they have their ups and downs.”

Out of the pain came Beyoncé’s masterpiece, Lemonade. It was a project that ran the risk of becoming a break up album. But, it managed to transition into so much more and in the end told a story of love and hope. Of betrayal and sorrow, of trusting your instincts and denial. Sprinkled throughout is a generous measure of gut-wrenching devotion and enduring love proving it’s possible to weave the pieces of a broken heart back together again.

Jay Z has been fully on board with how Beyoncé has chosen to deal with her hurt. “He is fully supportive. He understands the reasoning. This is part of the process of being transparent. And they have healed. He has been very humble about the experience. Beyoncé is the love of his life and he will do what it takes.” Another insider adds, “Jay was involved in the creation ofLemonade and knew every song Bey was going to release. He knew the lyrics; he knew the implications. He had to approve the songs before release. Jay is a very smart businessman…Bottom line is that they are both really smart and they both saw dollar signs.”

According to another source, “Beyoncé is amazed on how everything turned out. She worked day and night on this. She celebrated with family; Jay was by her side. When Beyoncé put this album together she was aware of the message she was sending out. She knew that people were going to dissect each word. Beyoncé wanted to connect with women’s emotions with this album.” As for the cheating implications, the source says, “Jay is all about self expression, so he gets it. Beyoncé shares music before it’s released with Jay so he can listen and share his thoughts. When it comes to music, they are very in it together and supportive of each other’s craft.”

Beyoncé rarely gives interviews anymore. She doesn’t do the talk show circuit or turn up to every celebrity event she is invited to. She isn’t transparent on social media with long rants on twitter or hourly snap chats. Beyoncé is a rarity. So when she speaks, we listen. And this week she bared her soul. Lemonade became her pulpit.

Ultimately, her new album is better than an Oprah Winfrey one-on-one or a Vanity Fair cover. This is as close to her personal diary as it gets. And by making the brave choice to release it, to open up about a personal life she has tried so hard to protect for so many years, she is forcing us to have a conversation about our own world.

She’s using her heartbreak and disappointment to empower black women, to highlight gender inequality and to show everyone that love is a place you can both lose yourself and find yourself all at the same time. And that’s OK because Lemonade gives us hope.

Even fairy tale celebrity marriages aren’t perfect. And Beyoncé Knowles Carter, as she calls herself in the end credits, is proving she can make lemonade out of the public rumors and her private struggles.

For Beyoncé and Jay Z, now the project is over and she’s starting her tour, this is a time to start afresh. “They are going to be OK. This is round two,” says a friend. “They are determined to make it work and we all believe they can do it.”

Thanks to our media partner, E! News Online