This rising actress who started her acting experience filming shorts “J.A.W.” and “Quiet“, led her to want more, despite her promising professional ballet career. Since the age of 13, new actress Jaclyn Betham has danced for such companies as San Jose Ballet, Houston Ballet, and continued her work with Anaheim Ballet, Luminario Ballet, and the Legion of Extraordinary Dancers as their ballet soloist. Currently, Jaclyn teaches ballet at The Edge Dance Studio in Hollywood and also has her non-profit Betham Ballet Theater. Outside from dance, Jaclyn will be appearing as Amanda Cryer in the upcoming Tyler Perry drama series “The Haves and the Have Nots“, along side Crystal R. Fox, Gavin Houston, and Tyler Lepley. The series is set to premiere Tuesday May 28th on OWN (Oprah Winfrey Network). During our phone conversation, I got a chance to get to know Jacyln on a professional and personal level. She’s excited and I’m excited about the premiere  scheduled for this week! 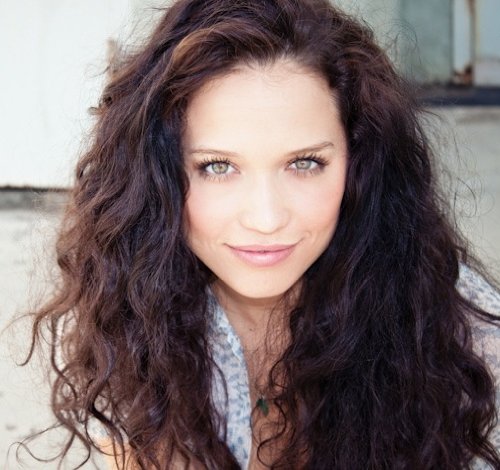 Charli: Hi Jacyln! Been waiting on your call! So glad you could drop in for a moment to talk about your dance career and of course new Tyler Perry show, “The Have and the Have Nots“!

Charli: So I’ll jump right in — what inspired dance and acting for you?

JB: I actually started dancing really late. My mom put me in gymnastics because I had so much energy. [laughter] I was really flexible so I did that until about 12. I got really tall, really fast. I couldn’t do any of the events like uneven bars because I was so tall. So I was like “okay, well what am I going to do?” My sister was a cheerleader in high school and said “let’s take a dance class.” So I went to the class and it was more like hip hop instead of ballet and the teacher told me that I needed to take ballet because I had the physique for it. And I didn’t even know what that meant. [laughter] So the owner took me under her wing and gave me free private lessons. I was an outreach student because my family wasn’t very wealthy. So they took me under their wing and I excelled very quickly. By the time I was 15, I was dancing professionally in a ballet company.

JB: Yeah I know… it kind of just happened. Then I fell into the crazy dance world. The battle with my height and my weight. So my mom told me to move to LA and do my Pilates. So I was like “okay.” And when I was walking down the street, I got stopped by a modeling agent. Then I took an acting class and got a manager. So I turned to acting. But I still dance to this day. I love both. Dance is like my therapy.

Charli: And how did you get into acting?

JB: I loved the part about ballet when I got to bring a character to life on stage. And I loved movies, since I was a little girl. I’d just watch the same movies over and over. I moved to LA wanting to just model. It was easy for me because of my height. I was living with an actress and told her I wanted to act. She recommended that I go to a cold reading class to see if I liked it. I auditioned to get into the class and the lady who was running the class is now my manager. She pulled me aside after the first class and asked me if I wanted to be an actress. I said, “Well I think so, but I don’t really know what that entails.” [laughter] Like I knew nothing. So they taught me and I kept taking classes. I’ve done TV commercials where I got to act and dance, but nothing huge. Then I started auditioning, auditioning, auditioning. It was really hard.

Charli: I know it was… but your story is amazing! Talk about your new show as Amanda Cryer in Tyler Perry’s “The Haves and the Have Nots“.

JB: Yeah! So Amanda is in law school. She’s very much introvert. She’s the girl that has everything, but has absolutely nothing. She has Prada head to toe, the nicest car, goes to the best law school, and basically gets anything she wants. But she doesn’t get everything. She doesn’t get attention from her family, she doesn’t feel pretty, and she’s very insecure. She battles her own inner demons.  Throughout the show, she goes through a huge transition. It was really fun to play her; almost like I got to do two characters. But she goes through A LOT first season. [laughter]. I got to dabble with a ton of different things.

Charli: Sounds interesting! I’m curious to know if there is a specific message that Tyler Perry is trying to convey to the his audience?

JB: I think probably the message is Amanda. How Tyler always explains it as: The rich get richer, and the poor get even. [laughter] It’s really a crazy show. With Amanda it’s just like fighting her inner demons, coming out of her shell, and battling with her insecurities. I think definitely that’s HER message on the show.

Charli: Well I’m looking forward to it! Seems like Amanda will be an interesting character. What can you say to really draw fans into this show?

JB: Honestly, I remember getting the script and was like super busy. I read the pilot episode then read 5 more episodes and stayed up until about 6 in the morning. Like I COULDN’T stop. It was so intriguing. The story never stops. It just keeps escalating. It keeps growing and growing right when you think it’s enough. It’s definitely going to keep you super entertained and drawn in.

Charli: Well it all sounds good Jaclyn and I wish you the best!

JB: Thanks Charli and same to you! 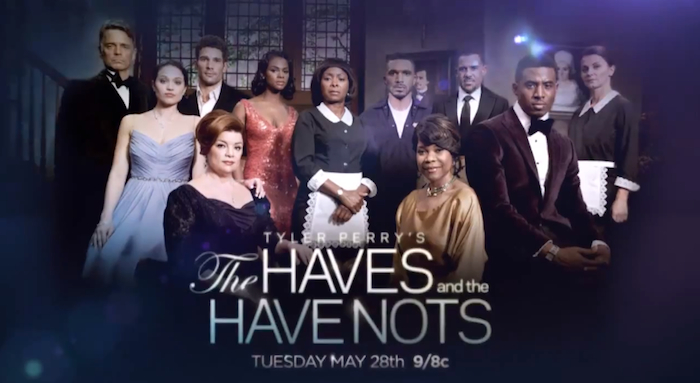 Charli: Gotcha! Thanks again Jaclyn and I’ll definitely be tuning in on May 28! Be blessed.